All Things Bright and Beautiful

A Year in Review

Well, I’m a little behind, but our year ended just as crazy as it does every year with Christmas and the Summit. I thought it would be fun to look back at all the blessings of 2012 and then anticipate what’s coming in the next year! I planned to write all this in one post, but after reviewing the year, I realized I needed to split them up! For now, we will just think back on how good the Lord has been to us in 2012!

We continued to serve as leaders for the youth group through 2012. We loved spending time with the teens as they kept us feeling young! The Lord continued to bless and grow the youth group and gave us some faithful teens to keep the fire a live in our absence. Please be in prayer for a new couple to lead the teens.

At the end of January, the family for which I had babysat moved to Virginia, and I was left jobless. I was a little panicky as the plan was to take Jolynn along with me so that I could work but also be with her, but we prayed that the Lord would work things out so that I could still be with my girl.

February 21 we welcomed our sweet baby, Jolynn Elyse, into the world. Everything with the labor and delivery did not go as planned as I was induced due to high blood pressure, and Jo was “sunny side up” with the cord wrapped around her neck. She did not immediately cry, and we worried for her life, but the Lord had my little girl in his hands and He breathed life into her little lungs! We know that He has a special plan for our little miracle! 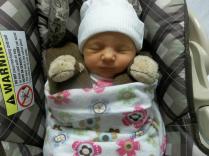 Paul was offered a job in addition to his part-time work at Wendy’s doing commercial landscaping for Big Daddy Mulch. He mostly worked on Wendy’s restaurants throughout the Atlanta area, but he also did a lot of work at his boss Julio’s home in Ellijay. This was a huge blessing as it was an increase in pay and a schedule that allowed for much more family time! Because of God’s provision (and a lot of penny pinching), I was able to stay home with Jolynn as Paul worked to provide for his girls!

Paul began to make phone calls to pastors to set up meetings over the summer. He only had an hour here and an hour there, but he was able to book 9 meetings for our first month out before we would officially start on September 1! What a blessing! I am so proud of my hard-working man!

At the end of August, Paul quit his jobs, and we stepped out on faith to begin raising our support for India. We were anxious and nervous as we began this journey we had been dreaming about for years!

The Lord has been so faithful to provide through the giving of his people, and we have never missed a rent payment or lacked in any way! We have had so much fun traveling and meeting all kinds of people who just love Jesus and learned to love us, too! We have been in about 35 churches and driven more than 7000 miles to far! We have gone for a few months without seeing support come in, but just as we began to get nervous, HE touched the hearts of a few churches to begin to support us monthly beginning in the month of December!

We were blessed to be able to spend Thanksgiving and Christmas with our families, as well as an unexpected trip to NY with the Taube family to attend Paul’s grandmother’s funeral at the beginning of December. We welcomed the extra time spent with family, and we were so excited to be able to get to know the newest member of the Taube family- Galilee Grace whom Jake and Steph adopted in October! We also found out at Thanksgiving Rebel and Will will be giving us a niece/nephew in June 2013! 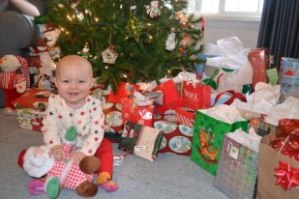 To round out the year, we attended the OG Summit in Pigeon Forge Tennessee. It was my 5th and Paul’s 6th Summit! We look forward to this event EVERY year, but this year was definitely the most anticipated. It was our first year as official VBM missionaries, and there were more than 25 of our missionaries in attendance this year! While having a baby there complicated things a bit, I was able to catch almost everything and learned SO much from these awesome people who I get to call MY friends!

We watched the ball drop from our room at the Music Road Hotel and were asleep by 12:02!